Beer is a significant part of the Dutch culture. Beer brewing in the Netherlands dates back to the Middle Ages, around the time the Vikings settled in Iceland. While beer truly is the most popular alcoholic beverage in the country, the locals do not drink it like water (despite the rumors you’ve heard). The average per capita consumption of beer among Dutch in a day is less than 250ml. Around 2,300 million liters of beer is manufactured in the Netherlands annually, and 50% of it is exported worldwide.

Netherlands is the second largest exporter of beer in the world (next to Mexico) and nearly 40% of exports go the United States. For a country that takes so much pride in an alcoholic beverage, the DUI/DWI crime rate in pretty low.

The Dutch have a long history with beer. Back in the middle ages, it was a common refreshment, enjoyed by both adults and children. It was a lot cheaper than wine and had a much lower alcohol content compared to now. Many modern Dutch breweries still use ancient recipes passed over centuries, and they are up to par with several German and Belgian classics. Talking of Dutch beer, ‘pale lagers’ are probably the first thing that comes to mind. Golden pilsners account for almost 95% of beer produced in the Netherlands, as it is a hit among locals and foreigners.

Traditional Dutch beer that was largely consumed in Medieval times is called ‘Gruit’. This Gruit was essentially a dark colored heavy concoction, which was flavored with herbs and possessed medicinal properties. The brewing style of the Dutch changed by the 19th century, when drinks like tea, coffee, and ‘jenever’ posed quite a competition along Europe. Industrial brands like Heineken loomed over the market, inspiring lighter and crisper versions of beer that quickly gained popularity. After World War 2, more than half of the breweries in Netherlands were eliminated and by the end of the 20th century, hardly a dozen survived.

The 21st century marked a new beginning for Dutch beer to evolve and prosper. Many new local breweries emerged in the year 2000 and beyond, setting the trend for craft beers. Today, Netherlands is home to over 600 breweries, including around 250 small-scale commercial brewers who only distribute within the country. No matter where you stand, the nearest café will offer at least 3 varieties of local beer. The majority of breweries are located in the industrial area, providing wide spaces to hold beer festivals in the summer and spring season.

The Dutch prefer their pale ales served cold in small glasses; the lesser portions tend to preserve the taste and fizz while the drink lasts. Although pilsners are the go-to beer for locals, they are not the only kind you get to drink around Netherlands. Witbier, which is Dutch for ‘white beer’, is a widely held summer drink among the locals. Compared to the customary pale ledger, it is somewhat fruitier and contains a lower alcohol content; many bars in Netherlands serve or garnish Witbier with lemon.

IPAs (India pale ales), although originally from England, are a huge hit in the Netherlands. Many local craft brewers make IPAs with their own personal twist on the traditional recipe. IPAs are essentially flavored by hops (flowers from the hop plant), which adds a distinctive bitterness. Most brewers focus on bringing out the fruitiness in hoppy beer to cancel out the bitter notes. The Dutch like their IPAs heavy, i.e. with a generous alcohol content.

Two types of IPAs, namely ‘Dubbel’ and ‘Tripple’ are being produced in the Netherlands for centuries. These beers are based on ancient brewing techniques, but different craft brewers have created their signature versions. The local Dubbel is typically a dark brown beer with hints of coffee, caramel, and sometimes nuts; some Debbels indicate the addition of chocolate and spices as well. The Trippel is a strong pale and malty ale, which in essence is quite boozy.

Another type of beer called ‘Herfstbok’ is an autumn special. It contains malt, which gives it a rustic or earthy flavor. The thick texture and high percentage of alcohol make it ideal for a frosty night. As the winter comes to an end and spring is on its way, the frothy and tangy blonde beer named ‘Lentebok’ becomes the center of attention. Local brewers experiment with the seasonal beers to adorn them with a personal touch.

John Adams is a lifestyle and travel blogger who loves sharing his personal opinions and experiences. He is a true foodie, reserving a special place for desserts in his heart. He encourages readers to take risks and live the life of their dreams. 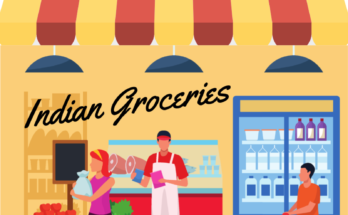 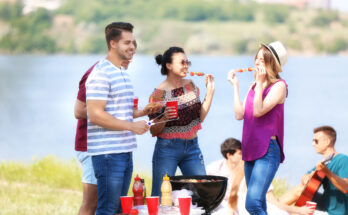 5 Must-Haves When Preparing for a Cook Out 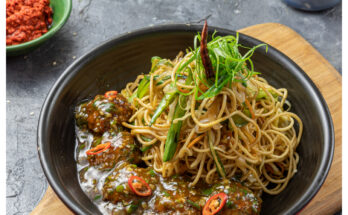 Have you ever heard about Chinois? All you need to know about here.